September 30, 2015 in Exclusive Interviews, Interviews with Iranologists Leave a comment

Karen Ruffle is an enthusiast of Shia traditions and has conducted numerous researches regarding this topic. What differentiates Ms. Ruffle from other researchers of the field is her field studies and visits to Shia holy places. In her words, she displayed her affection toward the Shia Ahl-e-Bait and pointed out that for many times, she bore witness to their miraculous intervention in her life. To gain a more comprehensive viewpoint toward her research trends and the effect of the Shia school of thought on her beliefs, we conducted an interview with her which is as follows.

Assistant Professor at the Department for the Study of Religion, University of Toronto

What did really intrigue you to educate in religious studies?

I have always had an interest in the ways people express their love toward God and holy people through poetry, the rituals of pilgrimage, and the arts of devotion. From an early age that interest and curiosity has been oriented toward aspects of Muslim devotion (particularly Shiʿi) in Iran and South Asia. Growing up in the 1980s and 1990s in the United States there was also considerable misinformation and fear about Islam, which can only be transformed through education and positive discourse.

What did trigger your orientation the most to study the offshoot of Shia (Shialogy)?

I was raised a Roman Catholic and found Shiʿism to be emotionally and intellectually appealing to me. As we have a long and deep tradition of saints in Catholicism, I felt an immediate resonance with the story of Imam Husain and his family. I was drawn to study the devotional literature and ritual practices of the Shiʿa in South Asia while in was doing my undergraduate studies. So, from the beginning, I have had an interest in India and in Shiʿism.

Had you been in intimate touch with Shias before you began your studies on Shia Islam?

No. I grew up in Middlebury, Vermont—a very small town in a small state in the United States.

Have you conducted any research on the Sunni, too?

Of course I have had training in Sunni Islam, as well as Shiʿism, since I have studied the religion at the B.A., M.A., and PhD-levels. As a professor of Islamic studies, it is essential that I be able to teach all aspects of the religious tradition.

Have you managed to go on a dialog with any prominent Shia cleric?

You are interested in Shia elegies. What is your most important work in this regard?

Description from the dust jacket of the book: “In this study of devotional hagiographical texts and contemporary ritual performances of the Shiʿa of Hyderabad, India, Karen Ruffle demonstrates how traditions of sainthood and localized cultural values shape gender roles. Ruffle focuses on the annual mourning assemblies held on 7 Muharram to commemorate the battlefield wedding of Fatimah Kubra and her warrior-bridegroom Qasem, who was martyred in 680 CE at the battle of Karbala, Iraq, before their marriage was consummated.

Ruffle argues that hagiography, an important textual tradition in Islam, plays a dynamic role in constructing the memory, piety, and social sensibilities of a Shiʿi community. Through the Hyderabadi rituals that venerate Qasem, Fatimah Kubra, and the other heroes of Karbala, a distinct form of sainthood is produced. These saints, Ruffle explains, serve as socioethical role models and religious paragons whom Shiʿi Muslims aim to imitate in their everyday lives, improving their personal religious practice and social selves. On a broader community level, Ruffle observes, such practices reinforce group identity, shared ethics, and gendered sensibilities. By putting gender and everyday practice at the center of her study, Ruffle challenges Shiʿi patriarchal narratives that present only men as saints and brings to light typically overlooked women’s religious practices.”

Also my M.A thesis, “‘Verses Dripping Blood’: A Study of the Religious Elements of Muhtasham Kashani’s Karbala-Nameh,” focuses on the development of the genre of the “religious marsiya” during the Safavid dynasty.

In 2004, you traveled to Iran to learn Farsi. How much has your residence in Iran, which is a Shia, Muslim country, affected your studies?

I very much enjoyed my time in Iran. I lived in Tehran, Iran for 4.5 months, where I studied Farsi at the Dehkhoda Institute. I was able to travel to Iran through a grant from the American Institute of Iranian Studies, and I also had a fellowship from the Council of American Overseas Research Centers Multi-Country Fellowship that allowed me to continue my studies. I learned immensely during my time in Iran. I traveled to Qom and Mashhad, and I spent a lot of time in libraries, reading, and visiting imamzadeh. The time that I spent in Iran was foundational for the fieldwork that I conducted in Hyderabad, India in 2005-2006.

How different did you find your attitude toward the social walks inside Iran after you witnessed them in person?

I found people to be warm, friendly, and curious. I made many friends, and feel that having had the opportunity to live for an extended period of time in Iran, one obtains a very different perspective of life than what is presented in the popular media. I look forward to returning for research again in the future.

Which provinces did you visit during your trip? Who did you meet then? What was your most significant achievement out of your 4-month stay in Iran?

Because I was focusing on language study, I spent most of my time in Tehran, although I did make two brief research trips to Mashhad and Qom. My most significant achievement of my time in Iran was being able to develop my language skills in such a short period of time.

You won an award of “Researcher of the Year” from the Ministry of Culture and Islamic Guidance. What was your study mainly about? How were you granted that prize?

I won a second award from the Ministry of Culture and Islamic Guidance in 2002 for my M.A. thesis, “‘Verses Dripping Blood’: A Study of the Religious Elements of Muhtasham Kashani’s Karbala-Nameh.” The thesis provides a historical and literary assessment of Kashani’s famous marsiya, paying close attention to its religious contents and themes. I did not go to Iran for the awards ceremony, however, I did receive a beautiful certificate in a leather folder and a gold coin. I continue to feel deeply honored to have received this award from the Iranian government.

What other Middle-Eastern countries have you visited? What academic achievements did you reach there?

I have studied Arabic in Yemen and I spent a very brief period in Damascus, Syria doing fieldwork in 2004 after I was in Iran. I spent time observation the ziyarat rituals and interviewing Iranian women pilgrims at Sayyida Zaynab and Hazrat Roqayya shrines. A short reflection essay on my experience doing ziyarat with some women pilgrims was recently published in an anthology: “We Are all Pilgrims: Exploring Spirits and Selves with Iranian Women in a Damascus Shrine.” In Love and Pomegranates: Artists and Wayfarers on Iran, edited by Meghan Nutall Sayres (Santa Ana, CA: Nortia Press, 2013), 176-178.

I have also spent one month conducting research on Hazrat Fatimah al-Zahra in Turkey. I traveled to Oman (as a tourist).

I have also conducted fieldwork in Pakistan (2000 and 2009), as well as in India. In India, I have primarily worked in Hyderabad, where I have been traveling since 2003. I am the inaugural recipient of the Association for the Study of Persianate Societies/Maulana Azad National Urdu University Visiting Scholar Fellowship.

I think it is extremely difficult to generalize with regard to the status of women across all of the Middle East! My own scholarship focuses more on South Asia rather than the Middle East.

A great lot of your works as well as a number of researches were done about the life and character of Fatima Al-Zahra – God’s Greeting Be upon Her. What has made you allocate this much time to conducting research on this Shia figure?

My interest in Shiʿi hagiographical and ritual practices of gendered embodiment have long been focused on Fatimah al-Zahra, who represents through her material body, the exoteric tradition of prophecy in which her father Muhammad is the seal of the prophets (khatam al-anbiyya), and by her mystical, exceptional body, the esoteric knowledge and spirituality of the Imamate is manifested through her role as Mother of the Imamate (umm al-aʾimma).

A part of your studies concerns the Incident of Karbala (Ashura’s Noon). What is your main orientation toward mourning the death and martyrdom of Imam Husain?

I believe that it is necessary to mourn the death and martyrdom of Imam Husain and his supporters. My research explores the ways in which different communities mourn for Imam Husain in ways that are culturally meaningful to them. The literature and rituals of remembrance are not static but have evolved as Shiʿism has spread throughout the world and adapted itself to different languages and cultural contexts, which I find fascinating. Although the ways in which the story is told and ritually performed, the memory of Imam Husain’s death and martyrdom at Karbala is enduring and universal.

As a researcher in Islamic texts, what is the most educative point one can stress in studying the Incident of Karbala and its related occurrences?

When one reflects on the Incident of Karbala, two ethical precepts prevail: justice and care. I do not think either of the ethical concepts is independent from one another because justice is a matter of care, and caring for society, your family, your faith is a matter of justice. Care is an ethical concept on which I place considerable emphasis in my research on Shiʿism because I do not think it receives sufficient scholarly attention.

In the prelude of your article, “We Are All Pilgrims, Exploring Spirits and Selves with Iranian Women in a Damascus Shrine”, you emphasized the spiritual influence of Hazrat Zeynab and Hazrat Roghaya – God’s Greeting Be upon Them – on yourself. Can you elaborate on this innermost feeling of yours?

I have a very close and personal attachment to the Ahl-e Bait, and I have experienced the miracle of their intercession on many occasions. I feel a deep, spiritual connection with Hazrat Fatimah al-Zahra who has visited me in a dream at a time of personal difficulty and provided guidance. I do feel her presence and protection in my life, which is a blessing.

Have you ever sought the verification of religious big shots upon your works of Islamic and Shia studies?

Not specifically. I have discussed my research with Shiʿi ʿulama in Pakistan and India. My work is not theological but rather approaches the tradition from the multiple subject positions of my interlocutors (both textual and ethnographic). I see my work as an engagement with how everyday Shiʿa find meaning from Imam Husain’s martyrdom and the exemplary model of the Ahl-e Bait. My scholarship engages plurality and diversity of experience, it seeks to interpret debates within the Shiʿi community, such as whether it is ja’iz or na ja’iz to perform the mehndi of Hazrat Qasem on 7 Muharram in South Asia.

How much have you succeeded in highlighting the difference of Iranian Shia and those in other countries in your works?

I would defer to others for making such an assessment. 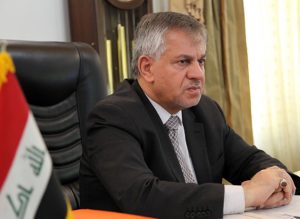 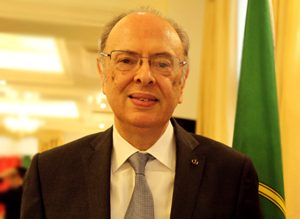