“We Are Looking for Importing Urea Fertilizer from Iran,” States Bangladesh’s Commercial Counsellor to Iran.

Agriculture is the largest source of job creation in Bangladesh and the government needs to import urea fertilizer from the outside to manage the extensive plantation and farming. Iran is, on the other hand, one of the biggest producers of urea fertilizer in the world, and that is why the Commercial Cousellor of the Bangladesh Embassy in Iran told us about his respective government’s interest in importing this product from Iran.

Commercial Cousellor of the Bangladesh Embassy in Iran

What pattern has Bangladesh followed to realize the trend of economic development?

Last two decades the traditional economy of Bangladesh has undergone a rapid changes and it has grown at the rate of 6-7% per annum over the last one decade. The growth potential of the economy has led to Bangladesh’s inclusion in the “Next Eleven” (N-11) of Goldman Sachs. The main exportables of Bangladesh are Ready-Made Garments (RMG), agriculture and agro-processed goods, leather and leather goods, footwear, frozen and live fish, garments accessories and wastes, jute and jute goods, light engineering goods, ceramic, cosmetic and toiletries, ocean going ships, paper, pharmaceuticals, plastics, silk, rubber, herbs and herbal products, handicrafts, hand-made products, etc.

How big has the growth of agriculture, industry and services been last year?

What process have the economic relations between Iran and Bangladesh gone through over the recent years?

The two countries share a large history of cooperation particularly in the economic sphere. Bangladesh-Iran trade had grown by over 36% from 2005 to 2013. It then experienced some decline mainly due to banking hurdles. The present bilateral trade is export to Iran $34.57 million and import to Bangladesh $37.37 million which is much lower than the potentials that exist. We are hopeful the trade volume will grow as there are visible interests among business people from both countries and visits of delegations are also taking place.

What has been done to untie the banking knots between the two countries?

We appreciate that it is important to have smooth banking transactions for growth of bilateral trade. We are aware of the problems and trying to explore ways to overcome them.

When was the last joint economic commission held between Iran and Bangladesh? What was the most important priority on its agenda?

The last Joint Economic Commission (JEC) meeting was held in Dhaka on 15-16 May 2013 between Bangladesh and Iran. In that meeting every potential aspect was discussed. Preferential Trade Agreement, Forming of Joint Business Council, Avoid Double Taxation, Banking Co-operation, Exploring investment opportunities were the priority on its agenda.

Bangladesh is viewed as one of the largest producers of agriculture products including rice and potato which require urea fertilizers. Is there any plan for importing this item from Iran?

Agriculture is the largest employment sector in Bangladesh. Rice, jute, wheat, potato, cotton, fruits and vegetables are the main crops. Most of the land of the country is plain alluvial and arable. The extensive cultivation of crops requires use of urea fertilizer in large quantities. In addition to domestic production yearly around 2.5 million tons of urea fertilizer is imported from abroad. Very recently Bangladesh Government has shown interest to import granular urea fertilizer from Iran on G2G basis. In this regard we are discussing the issue with the relevant authorities.

What potentials do Iran and Bangladesh possess in producing and distributing halal foods among Islamic countries?

Bangladesh is a Muslim majority country and a member of OIC. Most of its domestic products are halal for Muslims and can be exported to other countries interested in such products. Several certification organizations in Bangladesh already have cooperation with similar internationally known organizations. So, there exists potentials for cooperation between Bangladesh and Iran. 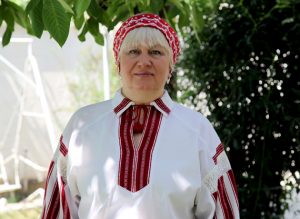