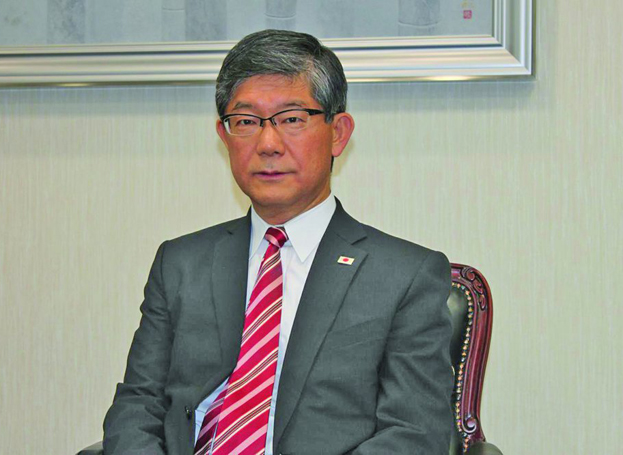 Toward expanding cordial relations between Japan and Iran

More than two years have passed since I started my mission in Iran in October 2015. I am pleased to see that Japan and Iran have a steady progress in expanding relations after overcoming a variety of difficulties, AVA Diplomatic reports.

In recent years, Japan and Iran have developed high-level exchanges in several occasions such as mutual visits and meetings at the United Nations General Assemblies. Japanese Prime Minister Shinzo Abe and the Iranian President H.E. Dr. Rouhani have had meetings six times. Also, the Foreign Ministers’ meetings have been held many times. In these meetings they have exchanged their views on issues such as bilateral relationship and regional and international problems. Over the telephone talks between the Foreign Ministers last October, Japanese Foreign Minister Mr. Taro Kono clearly expressed Tokyo’s support to the Joint Comprehensive Plan of Action (JCPOA).

As for our economic cooperation, Japan and Iran advance cooperation in the field of medical science, and discussions for the yen-loan projects have been in progress as well. Furthermore, after the lifting of the economic sanctions against Iran in April 2016, Japanese companies are expanding their businesses in Iran. In April 2017, the Japan-Iran Investment Agreement came into effect with the aim of further development in economic relations. Currently, the two countries continue to make efforts to reach the final agreement of the Financing Facility.

In 1929, Japan established the legation in Iran, and in two years, in 2019, we will celebrate the 90th anniversary of the establishment of diplomatic relations between our two countries. In this commemorative year, for the further progress in our bilateral relations, the Embassy of Japan will launch a series of cultural events in cooperation with various organizations including the Ministry of Foreign Affairs of Iran and the art and cultural organizations of Tehran Municipality.

As an introduction to this whole year project and to create a pleasant atmosphere for year 2019, our Embassy will hold “The Japan Cultural Months” in December 2017 to January 2018.

In “The Japan Cultural Months”, Ichitaro, Japanese drummer, and Mr. Koji Kishida, Japanese flute player, will come to Tehran and have concerts co-hosted by the Art and Cultural Organization of Tehran Municipality, the Arasbaran Cultural Center and our Embassy. They will also have a concert in Kashan. Additionally, in January 2018, Ms. Aki Kuroda, Japanese pianist, will have recitals in the Fajr International Music Festival as well.

Furthermore, we will hold an exhibition of touristic photos and paintings and an exhibition of Japanese traditional culture-arts in cooperation with the Art and Cultural Organization of Tehran Municipality and the Melal Cultural Center. I hope these events will give Iranian people more opportunities to experience Japanese culture.

On December 23rd this year, His Majesty the Emperor Akihito will turn 84 years old. Our Embassy held an annual reception on November 6th and celebrated His Majesty’s birthday together with about 600 guests attending the reception.

The relationship between the Japanese Imperial Family and Iran has a long history. His Majesty the Emperor of Japan and Her Majesty the Empress of Japan visited Iran in 1960 and 1971 as Their Imperial Highness Crown Prince and Crown Princess. These visits hold special places in the pages of the two countries’ history of exchanges.

Toward the 90th anniversary of the establishment of the diplomatic relations between Japan and Iran, a milestone in the history of bilateral exchange, our Embassy will continue to make efforts to expand relations in various fields.